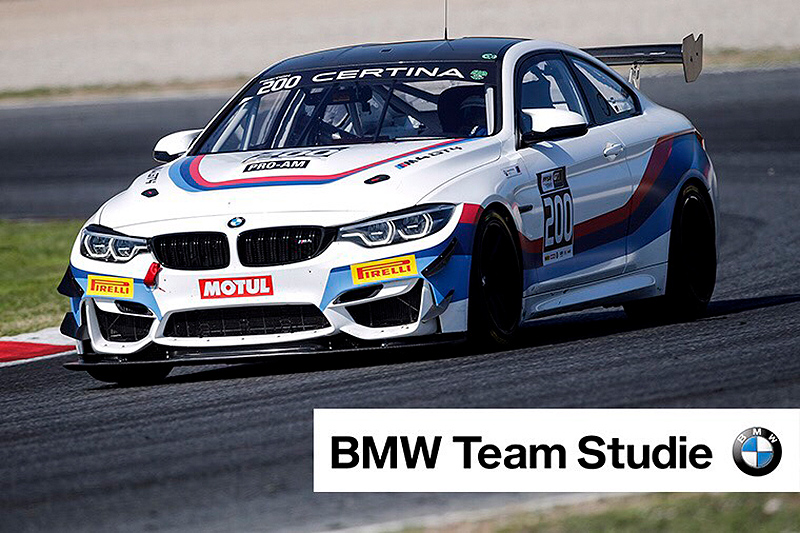 The Yokohama-based squad has competed in Super GT’s GT300 class for the past 10 years and gained official backing from BMW Japan in 2014. The team is operated by BMW tuning specialists Studie AG, which has run the marque’s M6 GT3 – driven by Seiji Ara and Jorg Muller – for the past two seasons.

However, GT4’s growing popularity and BMW’s recent introduction of the M4 GT4 both offered Studie a new challenge. It has therefore become the first team to enter Blancpain GT Series Asia with the new model, which joins Porsche on the list of confirmed entries so far.

The team will announce its two driver crews in due course.

“Blancpain GT Series Asia proved itself to be a very professional and attractive racing format throughout 2017,” said team manager Yasuaki ‘Bob’ Suzuki. “BMW Team Studie, as the championship’s first full-season Japanese challenger, is excited about racing in the series with the new BMW M4 GT4, which has been developed by BMW Motorsport throughout 2017. We are now looking forward to proving BMW’s excellence in front of an Asian audience.”

While BMW Team Studie represent Blancpain GT Series Asia’s first-ever full-season entry from Japan, other Japanese teams and drivers have previously contested the championship on a race-by-race basis. They include CarGuy Racing’s Kei Cozzolino and Naoki Yokomizo, who claimed a popular home victory at Fuji earlier this year, while Takuya Shirasaka and Naoto Takeda finished fourth in GT3’s Am Cup standings.

Sepang stages the opening round of this season’s six-event Blancpain GT Series Asia campaign on April 14/15. The two Japanese rounds, held at Suzuka and Fuji, take place on June 30-July 1 and July 21/22, respectively.